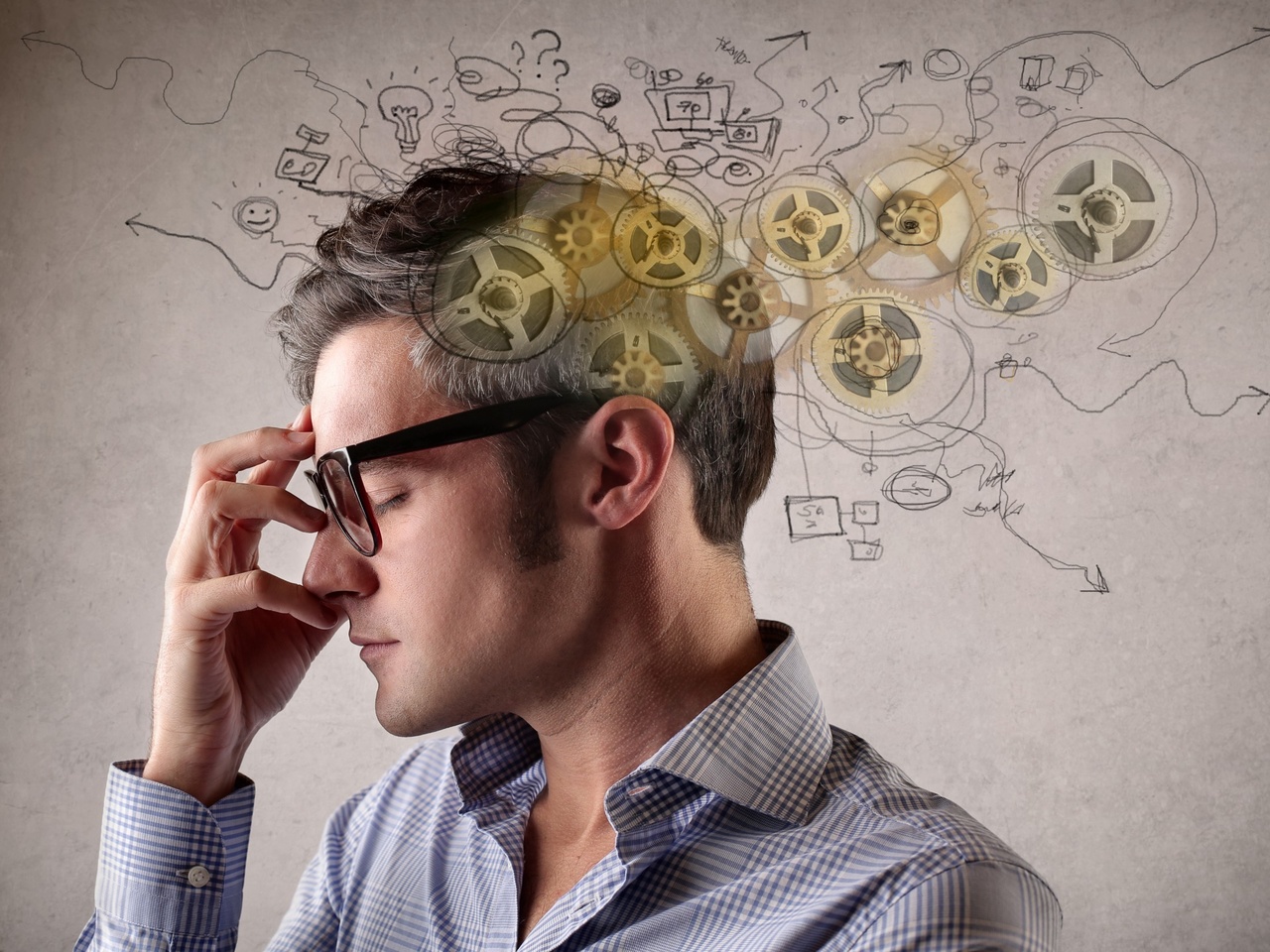 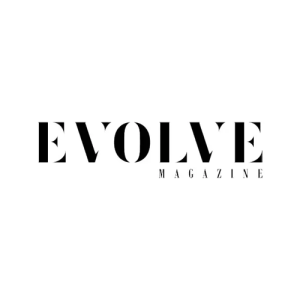 We strive to be better focused and improve productivity, while performing better, faster, stronger, and working longer days. We seek out attention, focus, alertness, concentration and yet desire a simultaneous calm and collected brain. We want to be more efficient, but not frazzled and distracted.

For many sugar, caffeine and energy drinks offer a quick fix, but these are stimulants, and don’t lend themselves to a crisp focus. Caffeine in moderation is ok, that’s about 2-3 cups a day. But beyond that could be dangerous.  Causing symptoms such as heartburn and trouble falling asleep, anxiety, panic attacks and may in the long term, impair learning and memory. And this goes for energy drinks.  It has become clear that many of us are addicted.  According to scientists, it turns out that caffeine has many of the same addictive properties as morphine, heroin, and even cocaine.
Lifespan. That’s the length of time you’ll spend on this earth regardless of how healthy you’ll be.  We all want to live longer. We all want to age slower. We all want to live as healthy a life as possible.  This is known as healthspan – your longest life spent in optimal health.  Brainspan is living your longest life spent in optimal health with the best brain possible.

The Journal of Attention Disorders and Current Psychiatry Reports show that more than 1 in 10 who don’t even have a diagnosis of attention deficit disorder abuse the prescription drugs that are prescribed to treat ADHD, including the drug Adderall.  These prescription drugs commonly circulate campuses affectionately referred to as “study buddies”.  But these “scholastic steroids” are being acquired illegally. Taking prescription medication which is not prescribed to you is risking unfortunate side effects which in this case can include serious addiction, psychosis, stroke, and even death.

We are born into a society where the environment is conducive to promoting an attention deficit.  There are more things to do in less time than we have to do them in and more external stimuli than our nervous systems were ever equipped to deal with.  This leaves many people frazzled, hyperactive, and lacking the necessary focus and attention to complete modern day tasks and workloads.

Most people who have formal diagnoses of attention deficit disorder report experiencing frequent negative thoughts. These thoughts come from many places. Some come from what other people have told them about themselves: “You’re no good!” or “Why can’t you ever listen?” Others originate from experiences in which they are frustrated at home or at work. A person thinks, “I’m stupid. It will never work out for me.”

Centenarians – those that live to be over 100 – attest to maintaining a positive attitude. Ikigai is a Japanese concept that means “a reason for being.” The word “ikigai” is usually used to indicate the source of value in one’s life or the things that make one’s life worthwhile – “the thing that you live for” or “the reason for which you wake up in the morning.” Maintaining a clear ikigai can help keep you positive and focused.

Genes play a significant role in your ability to remain positive and focused. The DRD2 gene regulates dopamine levels within the brain, which significantly impacts memory, mood, pleasure, reward, cognition, focus, and attention. The ADRA2B gene plays a critical role in regulating noradrenaline in the brain. There is a strong association with individual gene variants and individual differences in processing and recalling emotional memory. The COMT gene defines whether you are a “worrier” or a “warrior”.

Where you can’t change your DNA, the great news is that you can modify your genetic expression. This means there are things you can do to support focus and attention once you understand your DNA. A healthier tomorrow starts with a DNA test today and you can learn more about this at www.thednacompany.com 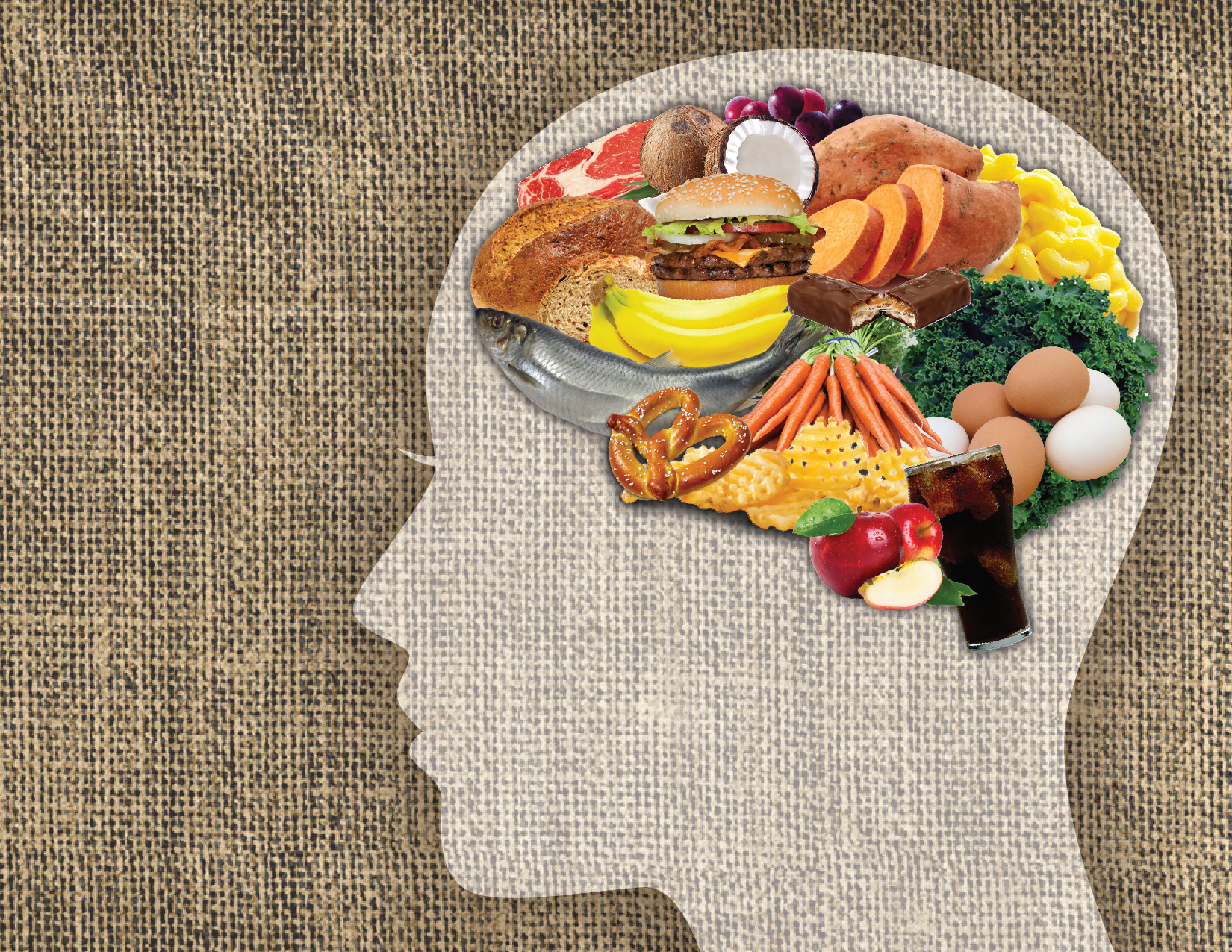 In North America, we eat a SAD diet, aka the “Standard American Diet”, and it is really very sad. It’s generally really high in processed foods, especially foods that are grain-based, lots of white flour, sugar, and refined nutrient devoid packaged foods. This diet is what we call PRO-inflammatory. Sugar is very pro-inflammatory and one of the things we are learning more and more every day is how much sugar and inflammation are linked to chronic illness, whether it be heart disease or diabetes, or a lack of focus and attention. Eat the entire rainbow of fruits and veggies to boost your focus and attention.
Red foods have lots of Lycopene excellent to protect the brain against inflammation
Some examples are: Cherries, grapefruit, cranberries, pomegranate, red grapes, strawberries, and watermelon.
Orange and Yellow foods contain many Carotenoids, Limonene, and Bioflavenoids that protect brain cells against injury and promote learning, cognitive function, and focus
Some examples are: Squash, Apricots, Mango, Papaya, Pineapple, Carrot, Yellow pepper, and sweet potato or Yam
Green foods contain lutein that accumulates in the brain and is beneficial for cognitive health across all ages due to its role as an antioxidant
You may want to try: Avocado, Green apples, Kiwi, Artichokes, Asparagus, Broccoli, and Brussels sprouts
Blue and Purple contain Anthocyanins which improve circulation to the brain and protect against neurodegenerative diseases. Think of: Blueberries, blackberries, Spanish onions, Plums, Acaii berry, tc. 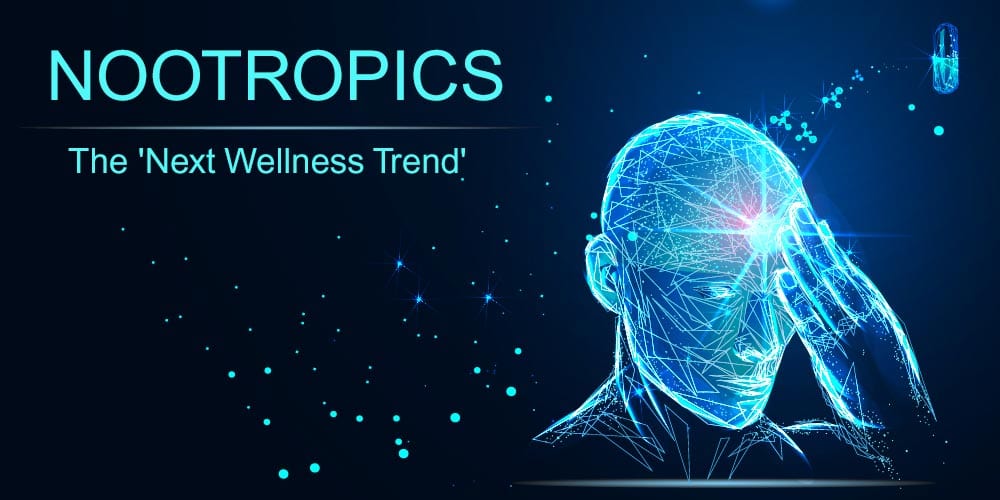 If you want to improve your focus or you have been diagnosed with Attention Deficit Hyperactivity Disorder (ADHD), know this: you do not have a ritalin or concerta deficiency. I have had some great success in my clinical practice using natural ingredients. The amino acid L-Theanine improves focus, returning you to a more balanced and clearer state. Suntheanine in particular comes from a natural fermentation process that provides a calming and focused state. Human clinical trials have shown L-Theanine to promote calm, alert, focused state without drowsiness. Besides coffee in the liquid form, there are a lot of supplemental forms available on the market. Let me make the distinction between roasted coffee, whole green coffee powder, green coffee extract, and Whole Coffee Berry. Roasted bean lacks all of the natural ingredients useful for focus and attention because they have essentially been roasted out. Green Coffee Bean Extract contains the ingredient chlorogenic acid. It has been shown to aid in weight loss. However compelling evidence shows us that weight loss results may be significantly better when chlorogenic acid is combined with caffeine. This extract has nothing to do with improving focus. Whole Green Coffee Powder is the entire green coffee bean ground into a capsule using every part of the raw green coffee bean. The end product captures all of the nutrients that are in the unroasted green coffee bean which improve focus and attention acting in effect like a natural study aid. The additional magic with whole green coffee bean is its natural TIME RELEASE of the caffeine found naturally within it. It is slow to release because the caffeine is deep within the cellulose and fiber of the coffee bean. 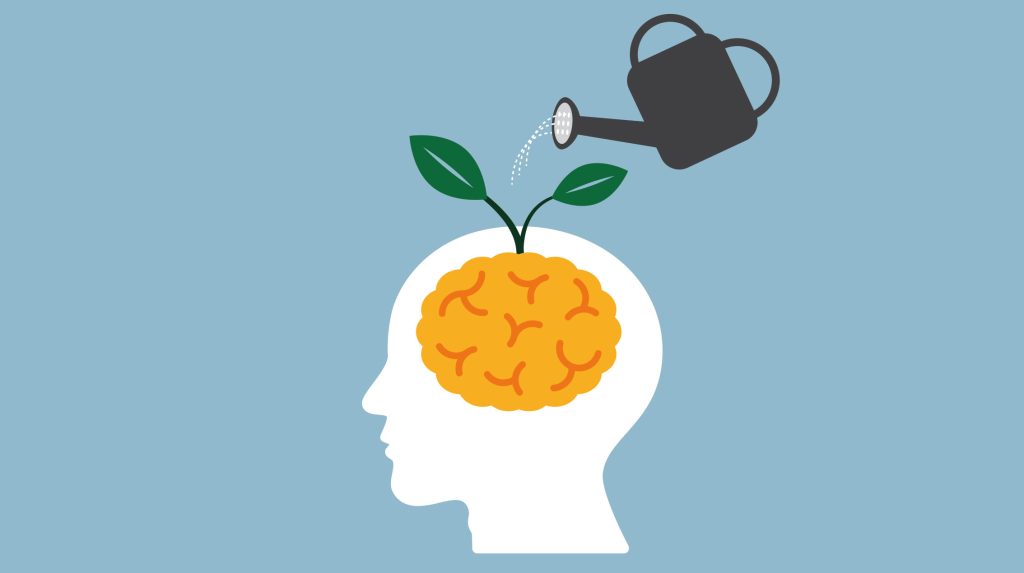 Your Brain on Meditation

I don’t know about you, but I can’t think of anyone more calm, focused, and attentive than a Buddhist monk in the middle of a deep meditation. Not only does meditation help keep you cool, calm, and collected, research has also shown again and again that mindfulness meditation can boost your attention span significantly. You know what else Buddhist monks do? They drink a lot of green tea. Guess what is in green tea? L-Theanine and a little bit of caffeine!

If you want to improve your focus, you need to learn to meditate. In one study, 140 volunteers took part in an eight-week course in meditation training. After the eight weeks, all the volunteers showed measurable improvements in attention span, as well as other executive mental functions.

You don’t have to spend your days meditating in a monastery like a Buddhist monk to take advantage of its attention-boosting power. Research has shown that just 10 to 20 minutes of meditation a day will do the trick. What’s more, you’ll even see improvements in your attention after just four days.

So if you want the power to focus on your studies for hours at a time, start your mornings off just focusing on your breath for a few minutes. Here is one that works… 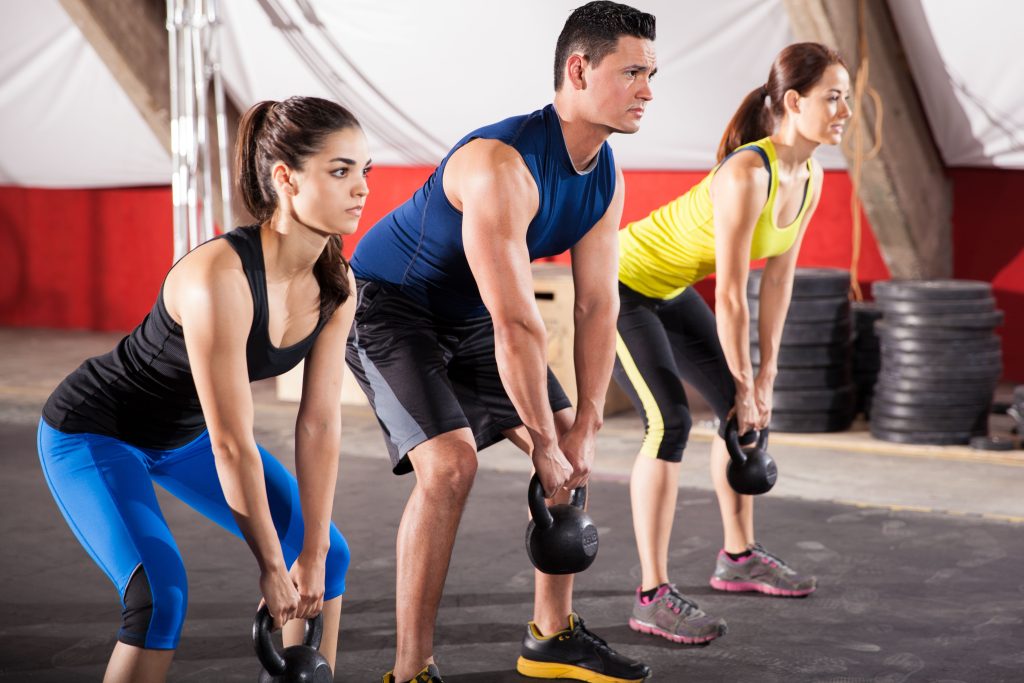 Sit somewhere quiet and begin to focus on your breathing. Think about a time when you felt very kind and caring towards a person or an animal. Don’t choose a time when that person or animal was too distressed or injured because you will focus on that distress instead of your kind and compassionate feelings. Next, focus on the desire to help the person or animal, and the feelings of kindness that will guide you to help. Remember that in this exercise it is your intentions that are important, not how the person or animal may respond. Bring to mind a specific time when you felt compassionate towards him or her. Imagine yourself expanding, as if you are becoming calmer, wise, stronger, and more responsible, and able to help him or her. Pay attention to your body as you remember how it felt to be kind. Spend some time expanding with warmth in your body. Notice the genuine desire for this person to be free of suffering and to flourish. Spend a minute or two thinking about the tone of your voice and the kinds of things you said, or the kinds of things you did or wanted to do to help. Spend another minute or two on thinking about how good it felt to be kind to him or her. Finally, focus only on your desire to be helpful and kind. You should feel a deep sense of warmth, expansion, and hear your kind tone of voice, the wisdom in your voice and your behavior. When you have finished this 5 min exercise, you may want to take some notes about how it felt for you and track what you feel about you level of focus over the coming weeks. 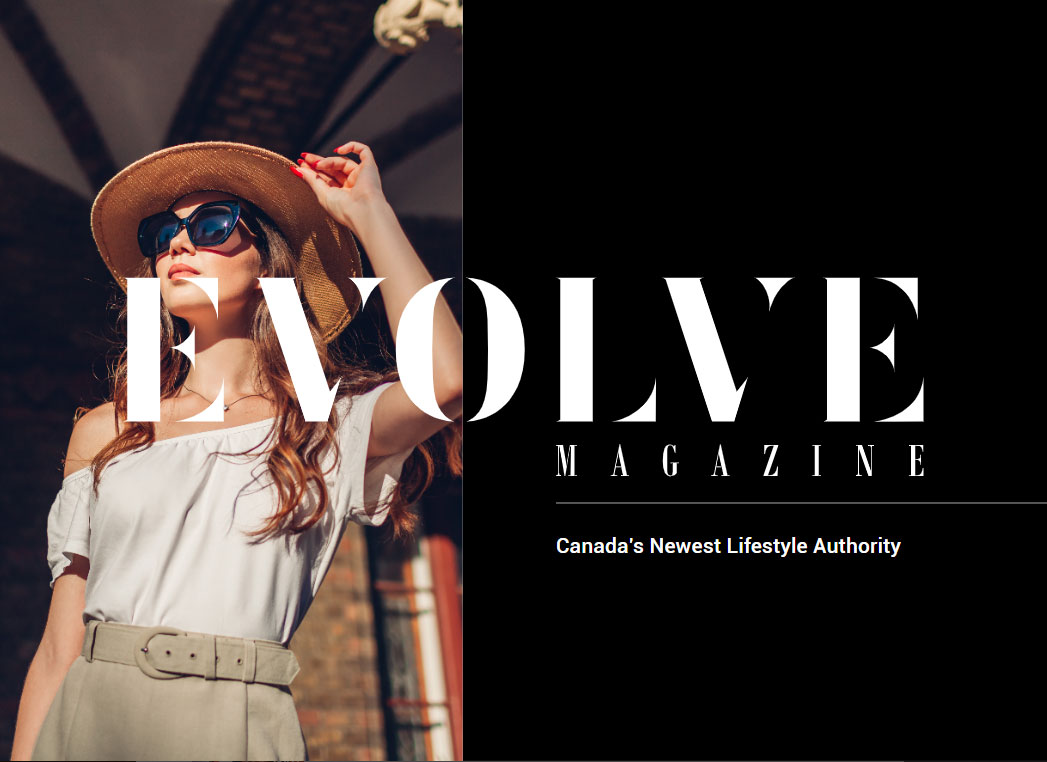 Save 15% off your first purchase at EVOLVE Shop when you subscribe. 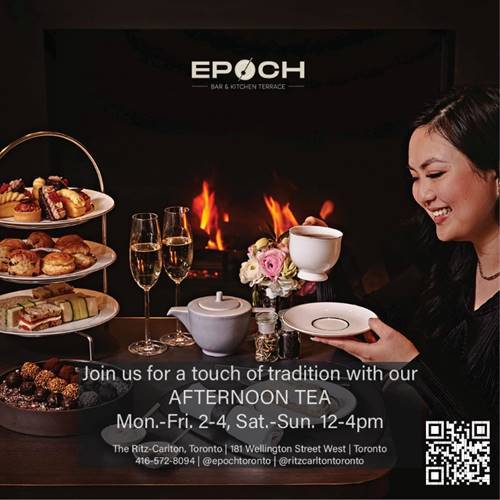 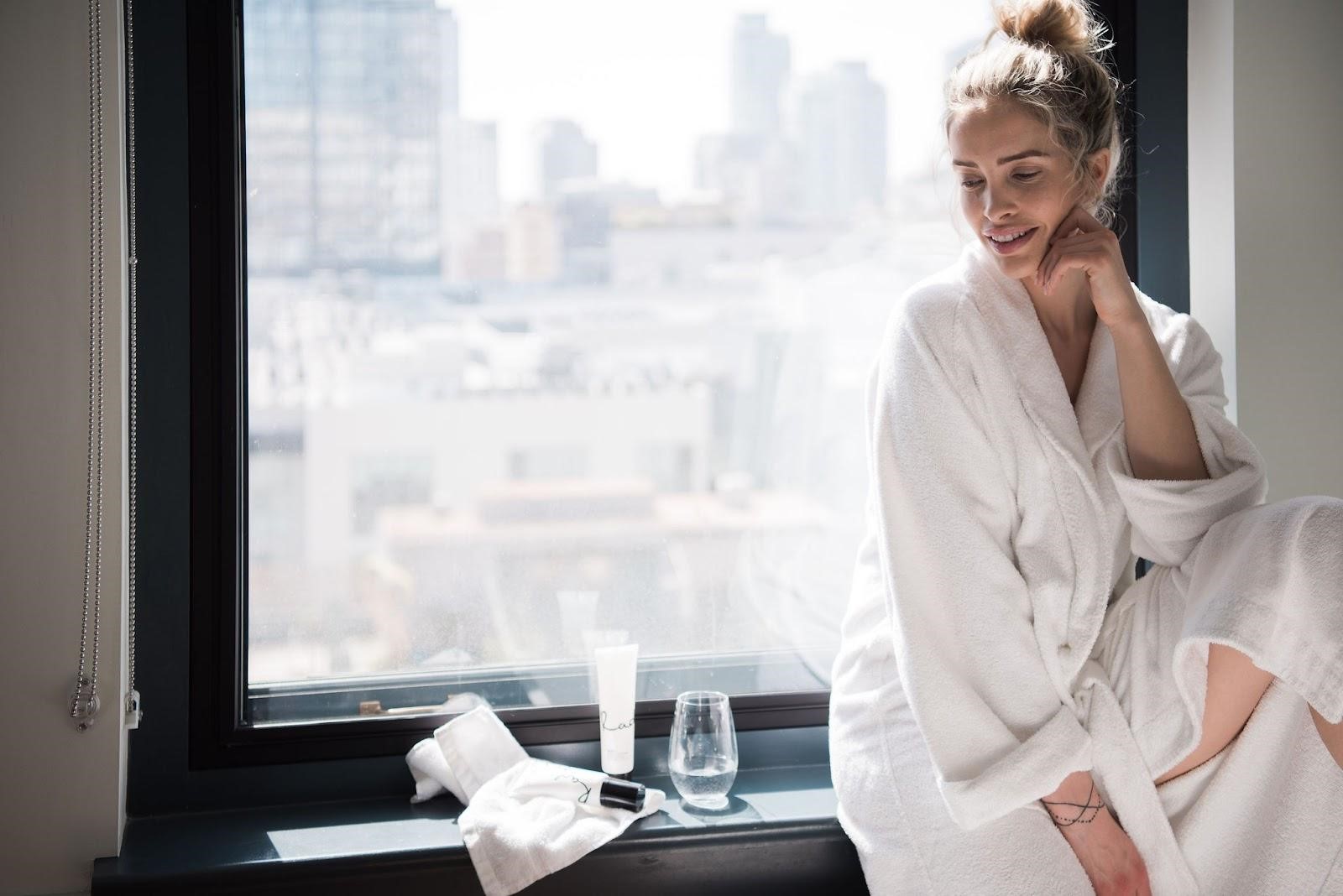 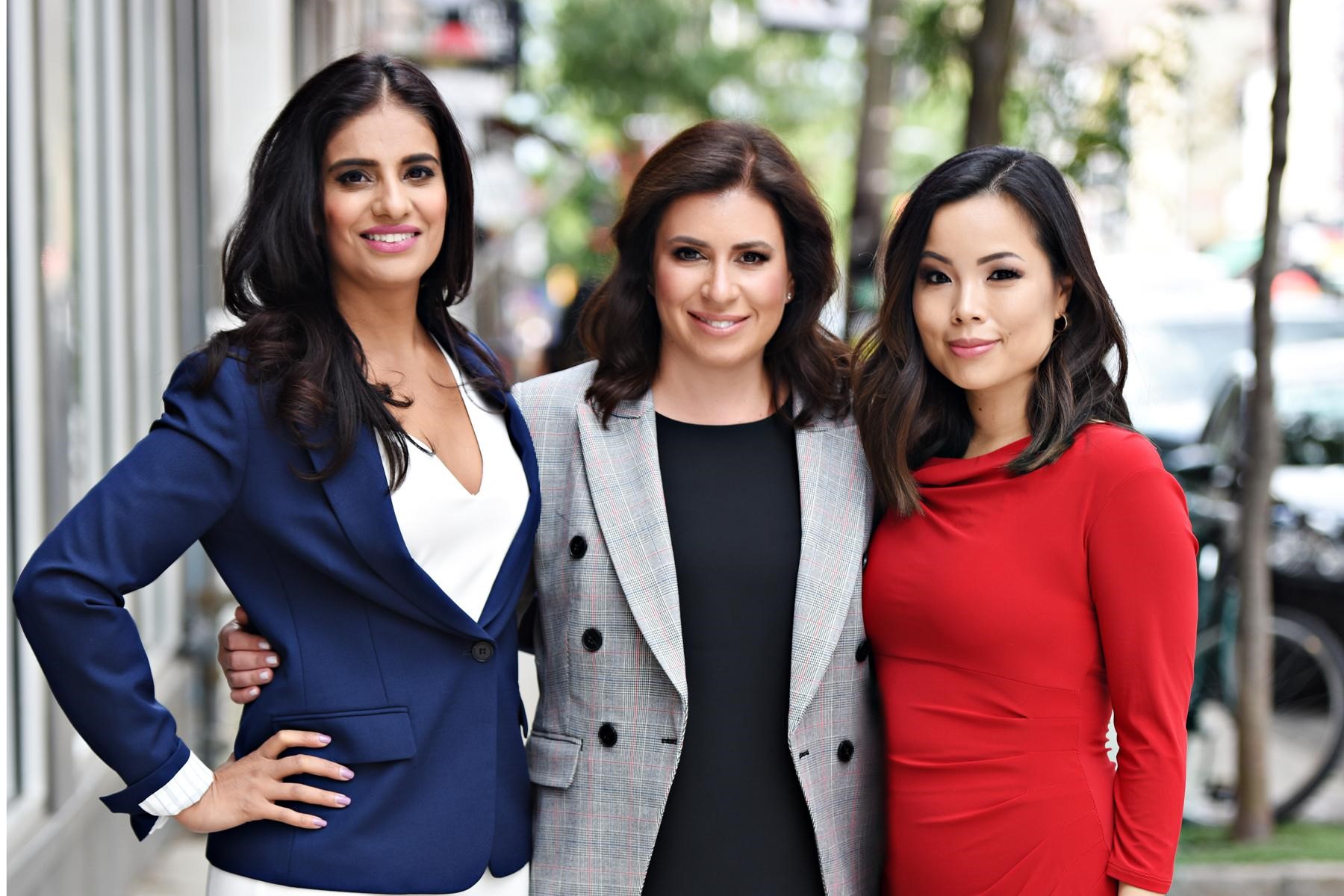 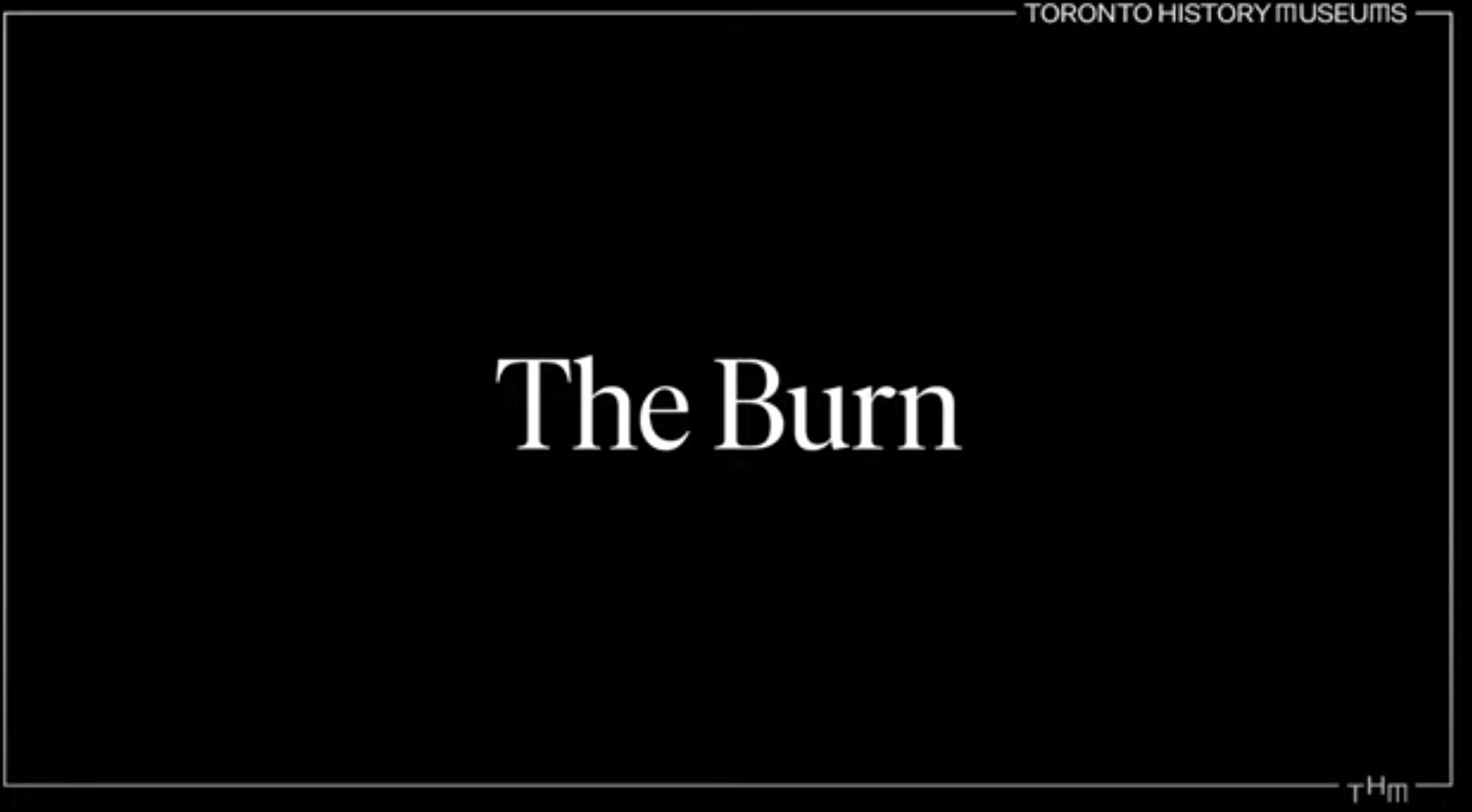 The Burn Project-Part of Stronger Together 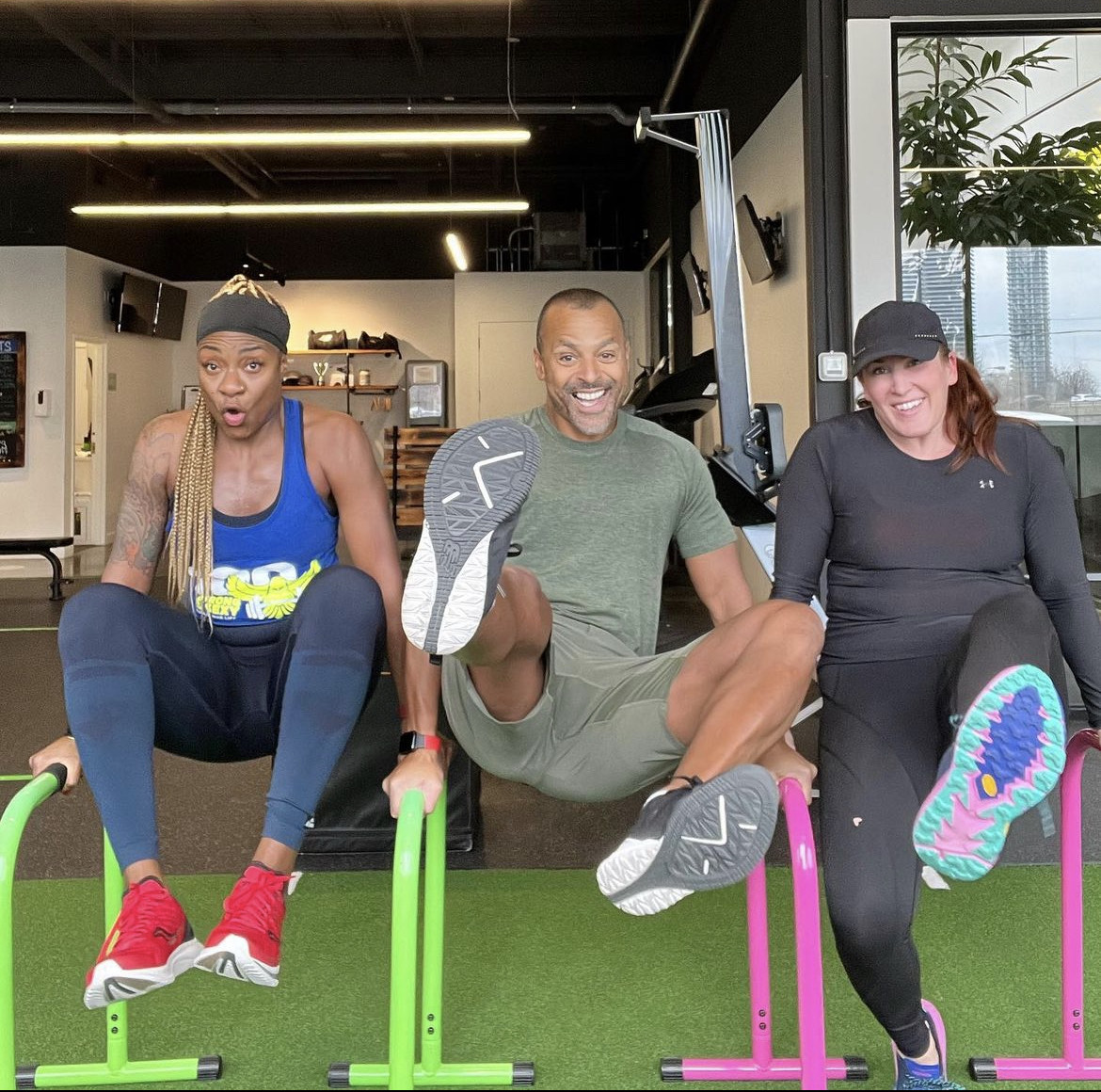 2023-Strengthen Your Relationships Through Fitness

Start typing to see posts you are looking for.